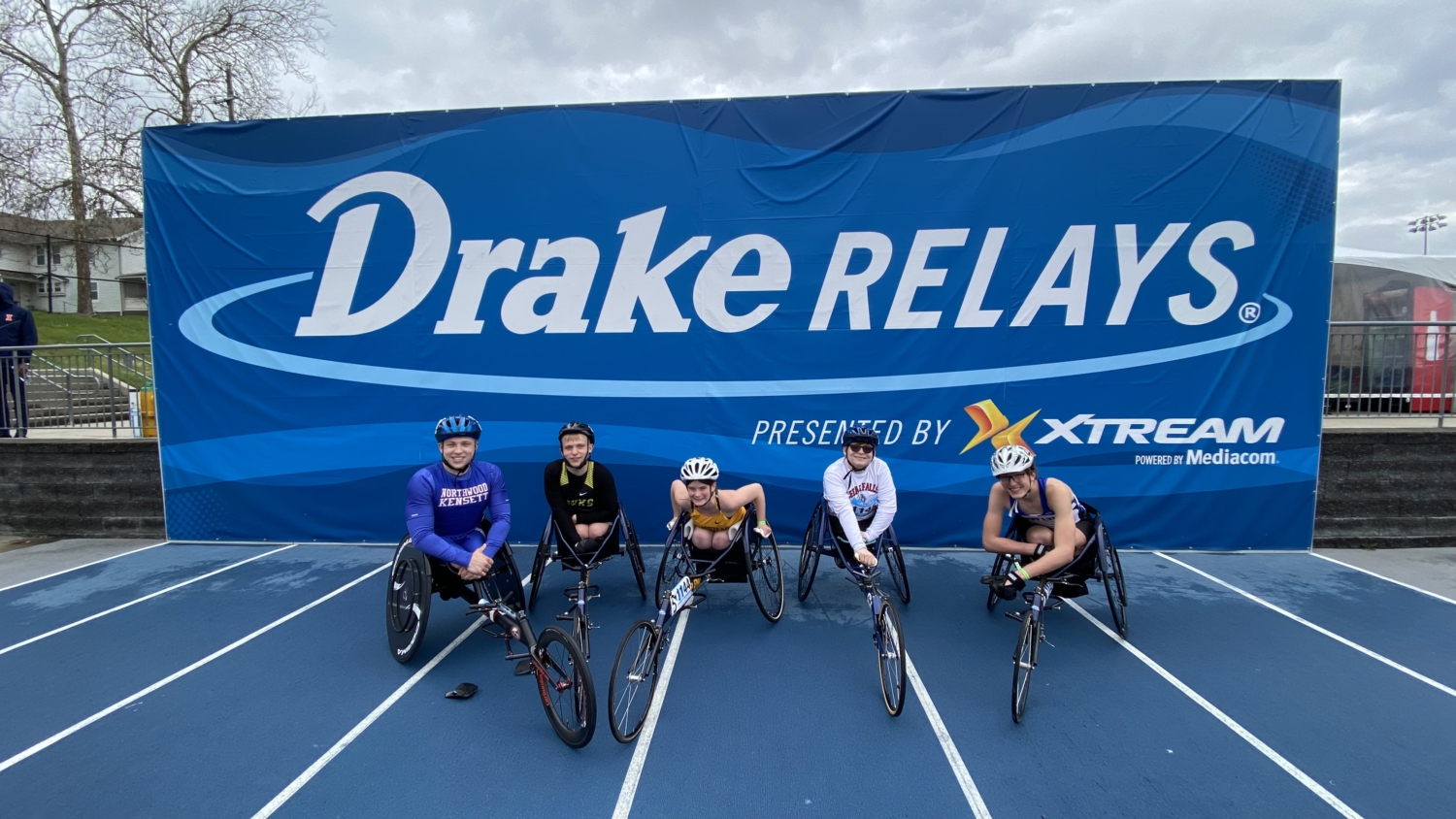 Koda Beland, SR Cedar Falls: Koda has been wheelchair racing for 4 years, and was one of the 3 graduating seniors on the Grizzlies team. He has had a strong season to finish out his high school career. Koda’s goal for the rest of the season is to do the best he can and hopefully get a PR!

Ally Darter, FR Dubuque Hempstead: Ally loves to compete! She races track to get stronger in the other sports she participates in, including the ASI youth wheelchair basketball team. Ally looks up to the 20-time Paralympic medalist for Team USA, Tatyana McFadden, who is considered the best female wheelchair racer in the the world. Unfortunately, the Paralympic women’s 400m wheelchair race was cancelled for this year’s Drake Relays event.

Wyatt Willand, SR Northwood-Kensett: Wyatt has been racing for about 8 years. This was his second year competing at Drake Relays. Most of the season, he competes alone on the track, racing against the clock rather than having another racer there to interact with and to help push him to go faster, so he loves getting to race on the blue oval with the other wheelchair racers! Wyatt looks up to Chris Douglas, the Paralympic sled hockey player, because of his upbeat demeanor and positive mindset. According to Wyatt, Douglas never lets anything get him down! Wyatt’s goal for the remainder of the season is to “run hard, turn left.”

Xander Rentschler, FR West Lyon: Xander has been wheelchair racing for 2 years. His goal for the remainder of this season and for future track seasons is to reduce his 400m time to below 1:20. Xander will be working hard to get stronger and faster for the competitions to come!

Athlete of the Year Candidate: Joel Fini
Scroll to top