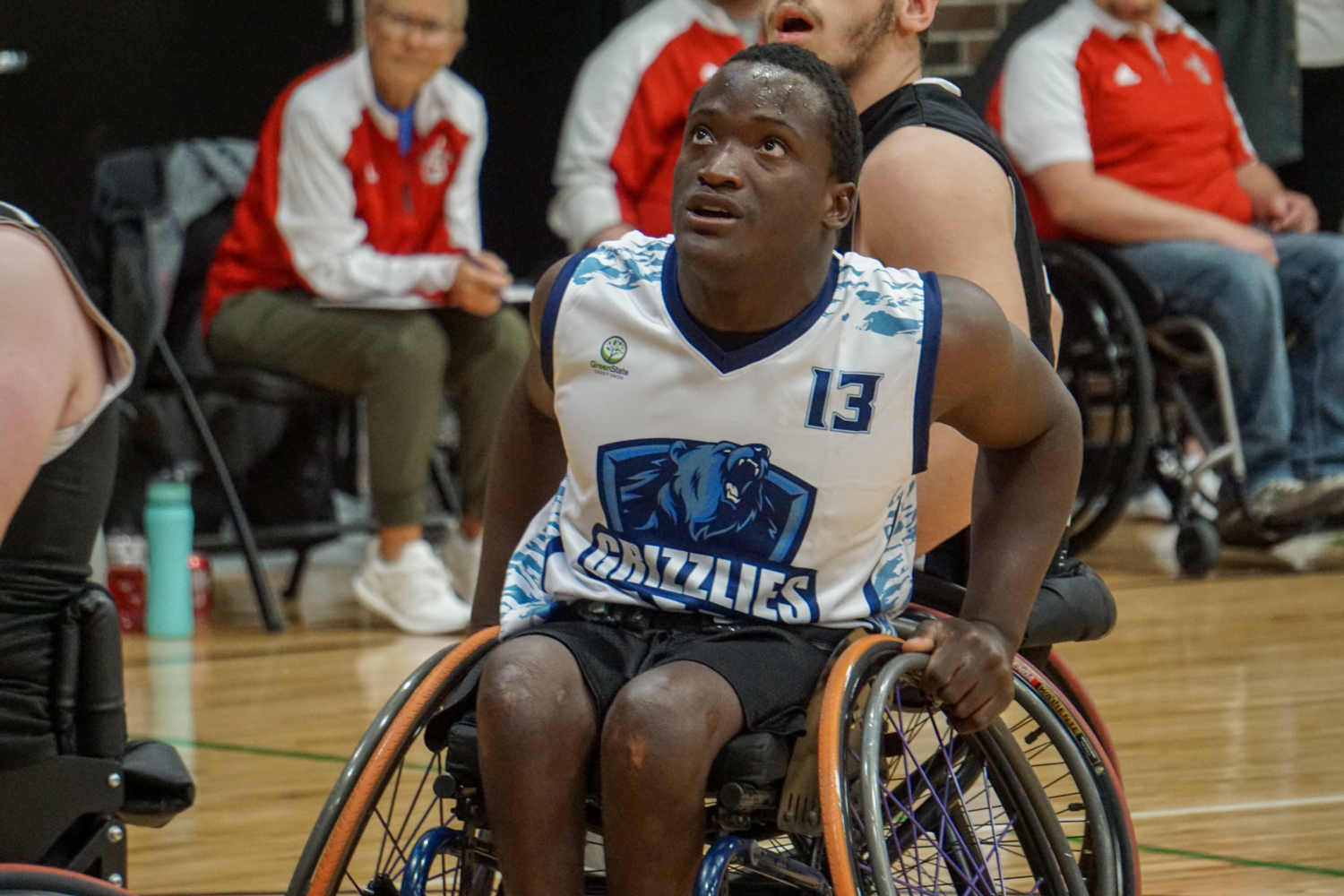 This past weekend, October 15-16, 2022, Adaptive Sports Iowa hosted the first annual Grizzlies Invitational Presented by GreenState Credit Union. The tournament was held in the GreenState Family Fieldhouse in Coralville, Iowa and was a huge success! Five teams from across the Midwest were in attendance for this National Wheelchair Basketball Association (NWBA) sanctioned event, including Adaptive Sports Iowa’s very own youth wheelchair basketball team, the Grizzlies.

While the Grizzlies unfortunately went 0-4 for the weekend, they played well against some tough teams. After losing three seniors last year, the team is adapting, and players are taking on new roles. The Grizzlies are young this year and are learning what it looks like to play with this new dynamic. From the team, Ally Darter received the Spirit of the Sport Award for her hard work and adjustment to her new role this season. Each team at the tournament had the chance to award an individual for the Spirit of the Sport.

The Grizzlies Invitational Presented by GreenState Credit Union also featured a prep (13 and younger) exhibition game. This year, many NWBA teams are struggling with numbers and do not have enough players for both a prep and a varsity team. They need their younger players to play up on varsity. Thus, the exhibition game is a tremendous opportunity for many of the younger kids to gain experience and have a chance to play against other kids their own size. All of the kids eligible to play prep at the tournament were split into two teams and given colored practice jerseys to differentiate. Since this game is for experience and fun, the players on both teams were friendly and generous. If a player missed a shot, more often than not, the ball would be handed back to them to try again. Spirits on and off the court were very high, and smiles were abounding. Prep players were happy to have their chance to shine, and parents and teammates were excited to watch the younger kids playing hard and having fun on the court.

This was the Grizzlies’ first tournament of the 2022-2023 season and will play next in Minnesota for the Courage Kenny Classic on November 5th and 6th. The team practices every Saturday. For anyone high school age or younger interested in playing wheelchair basketball, practices are free, and there is no commitment required to travel for tournaments. The full practice schedule and more details about the team can be found here.

Pictures from the tournament can be found on our Facebook page.

Additional article about the tournament from the Iowa City Press-Citizen.

Want to join the discussion?
Feel free to contribute!